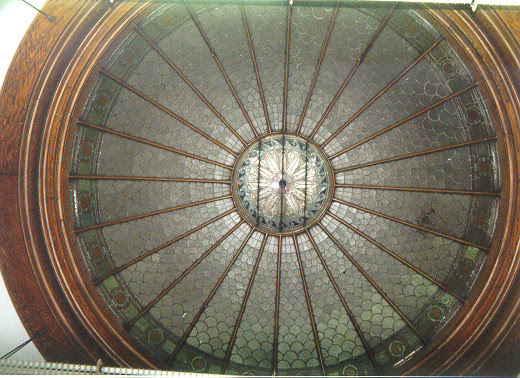 Last month, long-time city activist David Tessitor, who founded the Pittsburgh Free-Net Internet web portal < http://pghfree.net/ > in 2004 (immediately after The Carnegie Library of Pittsburgh abandoned their Three Rivers Free-Net), successfully petitioned for a public hearing before Pittsburgh City Council, regarding this proposed sale. This public hearing will occur this-coming Thursday Afternoon, 2016 September 8 at 2:00 p.m. EDT, in the Council Chamber of Pittsburgh City Council – located on the 5th floor of the City-County Building, at 414 Grant Street in Downtown Pittsburgh.

The Carnegie Library of Pittsburgh had abandoned the historic Hazelwood Library building, in favor of a down-sized library branch on the second floor of a new retail building, on 2004 March 13. On 2004 July 14, the historic Hazelwood Library branch building, along with four other historic library branches (West End, Mount Washington, Lawrenceville, and Homewood), received a unanimous vote from the Pittsburgh City Council naming each of these five buildings as a "City-Designated Historic Structure," after receiving the nomination for this designation by the late Walter Kidney of the the Pittsburgh History and Landmarks Foundation.

Should a sale of the historic Hazelwood Library building occur, the people of Pittsburgh, and particularly the people in the Hazelwood neighborhood, will no longer have any influence in the use, or disuse, of this historic property. This building includes a large auditorium, which has been used for community events for more than a century.

Personally appearing and speaking, before City Council at this public hearing, would be the best way to register your opposition to the proposed sale of the historic Hazelwood Library building. However, if for any reason you cannot appear and speak at this public hearing, you can write a short electronic mail message and send the message to me, Glenn A. Walsh, at the following address:
< gawalsh@andrewcarnegie.cc >.
At the public hearing, I will submit to City Council any and all e-mail messages I receive, in opposition to the sale of the historic Hazelwood Library building.

The following is the official City notice of this public hearing: